Home/blog/The Exponential Growth of the Cloud

The Exponential Growth of the Cloud 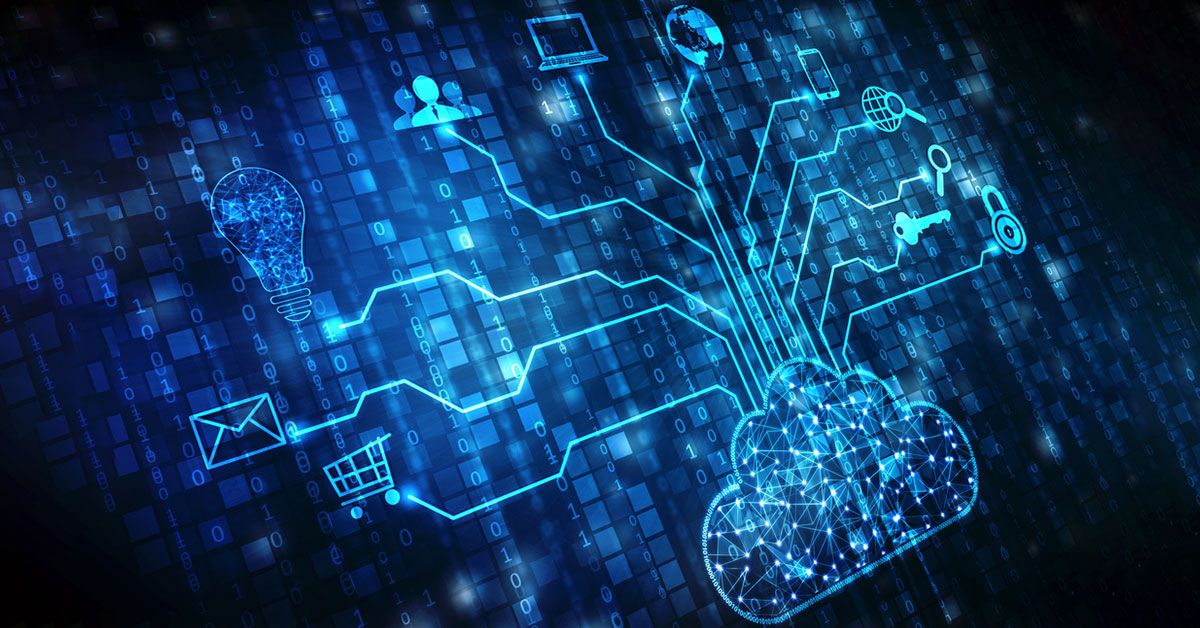 According to Forbes, 67% of enterprise IT infrastructure and software will be cloud-based by the end of 2020. By 2020, 83% of the companies will save their workload on the cloud and 41% of the enterprise applications will be hosted on public cloud platforms Microsoft Azure, Google Cloud Platform, and Amazon AWS.

The impact of adopting cloud computing services has also been mostly positive. Based on research conducted by Multisoft, 80% of companies report operation improvements within the first few months of adopting the tech.

Before we explore the reasons behind the exponential growth of the cloud, let’s quickly grasp the basics of cloud computing.

What is Cloud Computing?

Cloud computing is the concept of offering computing services such as databases, storage, computing power and other IT resources over the internet with a pay-as-go-pricing – you only pay for the resources that you’ve used. The IT resources are owned and maintained by a cloud hosting provider such as AWS, Microsoft Azure, IBM or Google Cloud.

The cloud can be public, private or a hybrid. In a public cloud, which is also the most common way of deploying on the cloud, a third-party cloud service operator owns and operates the cloud resources services over the internet. Gartner states that the entire public cloud market will grow by 17.3 percent in 2019 making its market valuation around $206.2 billion, which would surpass the market value of $175.8 billion from 2018 and $145.3 billion in 2017.

On the other hand, private cloud involves dedicated IT resources used exclusively by a single organisation. The cloud service provider maintains services, hardware, software and infrastructure on a private network.

Hybrid cloud combines technologies from private and public cloud deployment models to give companies the most customized solutions according to their unique needs. According to a report several companies are increasingly opting for a multi-cloud strategy instead of using public or private cloud separately with 84% of the survey respondents stating that their company’s infrastructure is multi-cloud.

Why has Cloud Computing Grown Exponentially?

With cloud computing, it’s easy to scale the IT resources based on your requirements and usage. It also makes data backup and recovery easier and faster. Cloud computing allows you to focus on your core business while the hosting provider handles everything related to the infrastructure, from maintaining the data centers and servers to keeping your data secure at all times.

Here are some of the top reasons behind the exponential growth of cloud:

Out of the businesses that still have fully embraced the cloud, 60% of them already have plans to move their data and applications to the cloud in the next 18 months. From improved speed and greater flexibility to reduced costs, cloud computing offers numerous benefits to organisations, which is one of the top reasons why several businesses are adopting a cloud-first strategy.

A cloud-first strategy is becoming the new normal and businesses today are capitalising on its potential to drive their revenues, boost growth and gain a competitive edge.

This website uses cookies to improve your experience while you navigate through the website. Out of these, the cookies that are categorized as necessary are stored on your browser as they are essential for the working of basic functionalities of the website. We also use third-party cookies that help us analyze and understand how you use this website. These cookies will be stored in your browser only with your consent. You also have the option to opt-out of these cookies. But opting out of some of these cookies may affect your browsing experience.
Necessary Always Enabled
Necessary cookies are absolutely essential for the website to function properly. This category only includes cookies that ensures basic functionalities and security features of the website. These cookies do not store any personal information.
Non-necessary
Any cookies that may not be particularly necessary for the website to function and is used specifically to collect user personal data via analytics, ads, other embedded contents are termed as non-necessary cookies. It is mandatory to procure user consent prior to running these cookies on your website.
SAVE & ACCEPT